On Wednesday this week we held a leavers assembly for our current Y11.  Whist the boys will still be with us a bit longer, sitting or completing final preparations for their final GCSE exams, the event marked the final time they were together as a year group on site.

The assembly was led by their Head of Year Miss Jedd and comprised, speeches, a quiz and reflections, awards were made with amusing as well as moving moments, that in many respects encapsulated the five years these boys have been with us.

The form tutor role is at the heart of our pastoral system, and many of the boys have been with the same form tutor since they joined us in September 2017.  In that time strong bonds have been formed within the group as whole, as well as with families who have shared the journey along the way. It was an especially poignant moment for Miss Jedd, who will be retiring in the summer, as she has overseen the care of this group of boys since they first arrived on their Year 6 visit day 5 years ago.  The boys wore hoodies with their own personalised names, which many will wear for a few years yet, but their happy memories of their times at West Hill will last far longer.

The next time they will be together as a group will be in November, when as former students they will gather for a celebration with families at our Presentation evening.  So even though they will now leave West Hill, as many old boys state, West Hill never leaves them. 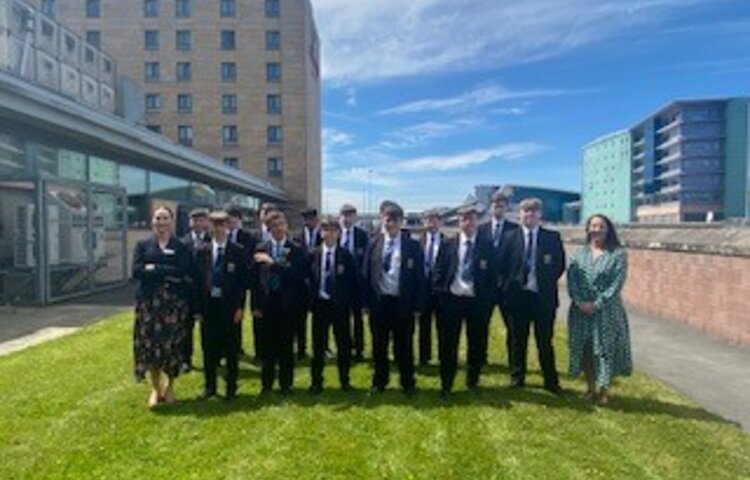